Everyone who reads this blog has experienced not a little that even if they treat their favorite camera and lens carefully, they accidentally hit the camera and lens somewhere during shooting and were disappointed, I think there is.
I'm no exception, and I've had a few pains.

So when I use an SLR camera, I always use a lens hood to protect the front lens of the lens.
I think that the lens hood is originally intended to block strong light from outside the imaging surface to prevent lens flare, but in my case it has a stronger meaning of lens protection. A mechanism that retracts the claws when the buttons on both sides are pressed. The lens cap can be attached to the hood adapter ring.
Since there is a groove for the filter, the filter can be installed without any problem. Besides the above, the reason I use lens hoods is simply because they are cool. lol
There is a big difference between attaching a lens hood and not attaching one.

Was this mechanism standard in the early days of EF lenses?
I knew only bayonet lens hood at the time of buying it.
So I was quite confused :}

It seems that there is a third party made bayonet type thing, so I'm wondering if I should buy it :| 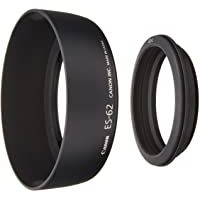 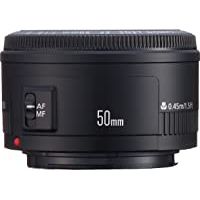