The trigger was trivial.

September 2015.
I bought a camera to take pictures for posting on a blog.
In the past, the iPhone was sufficient.
However, I wanted to improve the quality of the photos.
And I was a little interested in a product called a camera. The first camera I bought was the Canon EOS M3, MILC camera.

I remember that this EOS M3 camera was criticized by professionals and high amateurs at the time of its release (wry smile).
But at that time I really liked this camera.

At first, I used Program Auto, and I didn't think deeply about the composition (or rather, I didn't know the composition well), and just released the shutter as I felt.
Later, I learned the aperture priority, shutter speed priority, and manual shooting, and I was following the path that beginners would take.

The process was, in a nutshell, fun.

One day, photography and cameras became my hobby.

It's been a long time since then.
I got a new camera and lens, and I parted.
And I had a little adventure.
There are some blanks on the way, but when I opened this blog, I had a Zeiss Ikon Contarex I. Why did I get to this camera lol.

That's why I decided to leave memories of my "Spark Joy" cameras, lenses, and photographs on my blog. 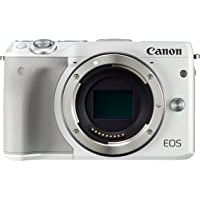 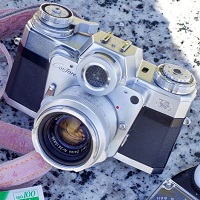 Next step after a standard zoom lens, I wanted a telephoto zoom lens.